We were delighted to work with Chef Amanda Haisley from ko.an in Cary, NC for a deliciously creative and collaborative dish: Cheshire Pork Cassoulet! Chef Amanda took Cheshire Pork products and utilized them for a dish that traditionally uses duck. It’s a hearty meat and beans dish that will fill you with warmth on the coldest of winter days. We’ll let her take it from here!

“Cassoulet is one of my favorite cold-weather dishes. It’s hearty and comforting, but traditional recipes for it have always seemed a little cumbersome. I wanted to utilize my new best friend, the Instant Pot, to see how I could streamline the process. I also approached the dish with an intent to showcase Cheshire pork, so I omitted the traditional duck confit. Instead, I used pork osso buco, which has a comparable gaminess and fat content. I also opted for dried lima beans, which are not traditional, but they’re quite large and have a nice meatiness to them that stands up nicely to the pork.” - Chef Amanda 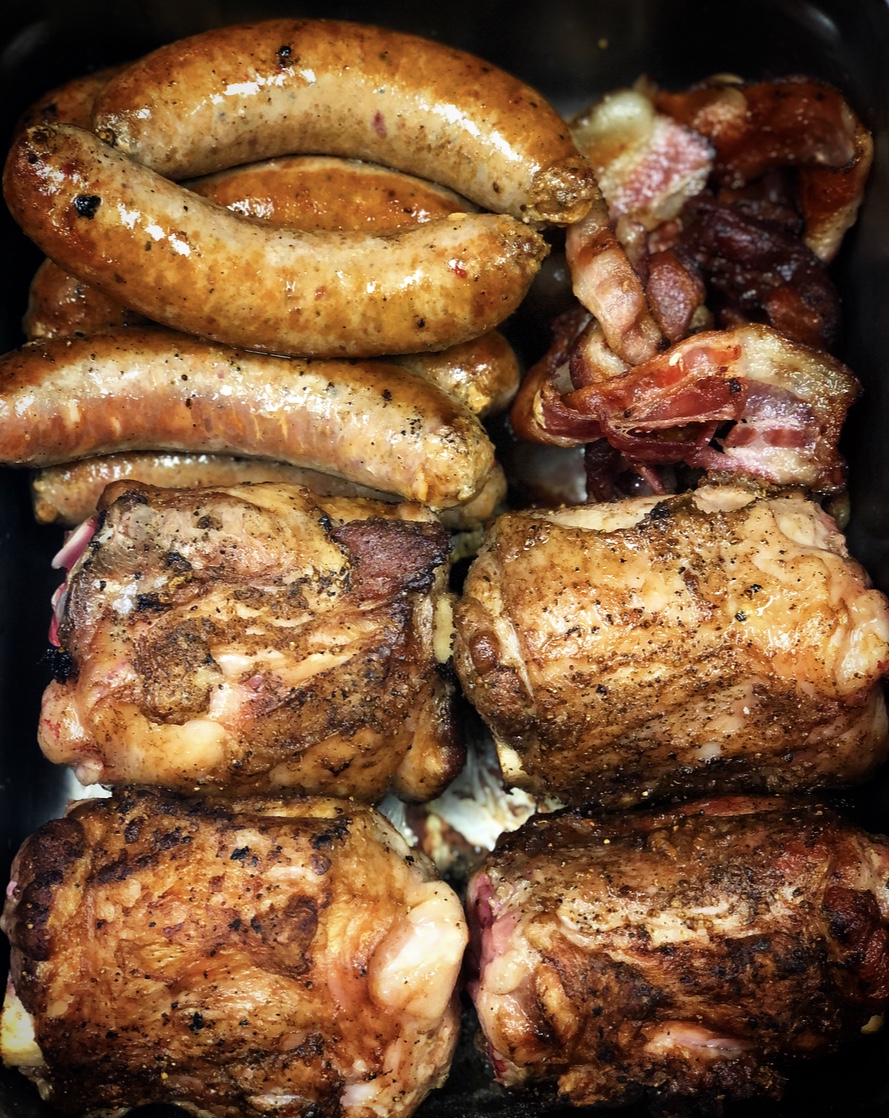 Preheat an oven to 350∞F. Cook the bacon in a large sauté pan over low heat until the fat is rendered and the bacon is crispy. Remove the bacon from the pan, leaving the fat. Liberally season the pork shanks with kosher salt and fresh ground black pepper. I like to use Diamond Crystal salt because it’s a finer grind and lower salinity, so it’s a lot easier to control. Increase the heat on the sauté pan to medium-high. When you start to see the fat shimmer, add your osso buco to the pan. Sear these well on each side, and then remove from pan.

Next sear your sausages in the same pan. These do not need to be seasoned because they are already nicely seasoned on the inside, and you’ve got residual salt in the pan from the shanks. Once nicely browned, remove from pan. They do not need to cook all the way through, since we’ll be cooking them again in the oven. Add the butter to the pan and let melt into the pork fat. Add your onions and garlic and let brown slightly, moving them around occasionally to avoid burning. Add the tomatoes and let cook a little longer, but not until they pop. Add your wine to the pan to deglaze, scraping the browned bits off the pan to retain their flavor. Let simmer for a couple minutes to cook off the alcohol, then remove from heat.

Place the osso buco into an Instant Pot or pressure cooker, and add the onion-tomato mixture, with the liquid. Place the bay leaves and thyme into the pot and shut the lid. Pressure cook the pork on high for 30 minutes, then let the pressure release naturally. Once the pressure has completely released, open the lid and remove the contents.

Pour the beans into the cooker, and then add the liquid from the pork mixture. Also include the thyme and bay leaves. If there is not enough liquid to cover the beans sufficiently, you can supplement with water or chicken stock. Close lid, and pressure cook on high for 15 minutes. Quick-release the pressure, carefully, and then open the lid once the pressure has completely released.

In a large casserole dish, add the beans, and then layer all the other ingredients on top (onion-garlic-tomato mixture, reserved bacon, osso buco, sausages). If you like, you can leave the sausages and osso buco whole for a more dramatic-looking feast, or you can pull the meat off the bones and slice the sausages for easier serving.

Serve with a nice loaf of crusty bread and a bottle or two of wine. I prefer a slightly chilled Gamay, because it’s fruit-forward enough to balance out the richness of the dish, in theme, and super drinkable! 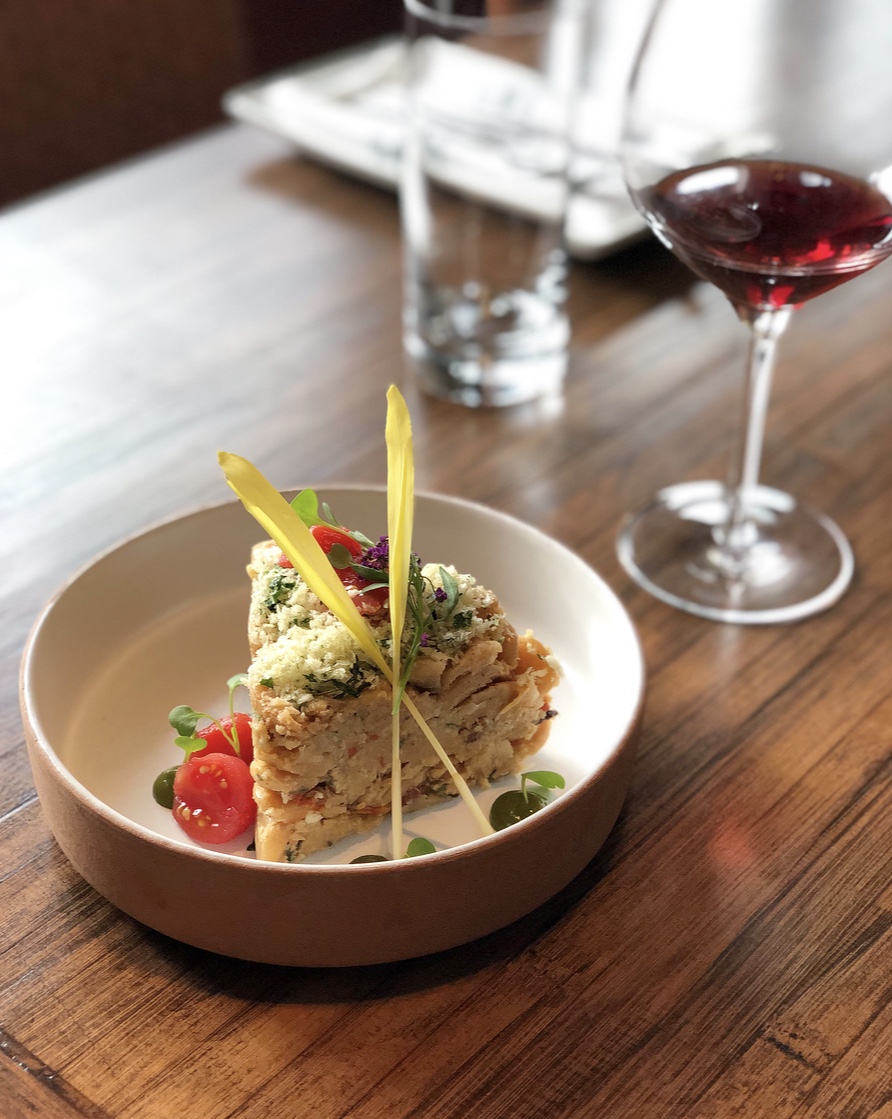